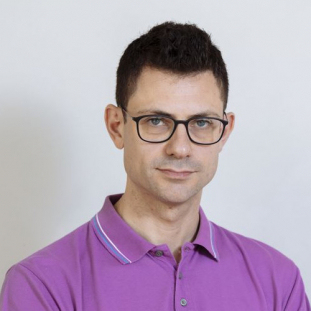 I am Full Professor of Computer Science within the SySMA research unit of IMT Lucca, where I also serve as Director of the PhD track in Computer Science and Systems Engineering as well as Director’s Delegate for Education and Information Systems. Prior to joining IMT Lucca I was Associate Professor at the School of Electronics and Computer Science of Southampton University, United Kingdom, and Assistant Professor (Juniorprofessur) at the Institute for Informatics of the Ludwig-Maximilians University of Munich, Germany.

I am interested in the quantitative modeling and analysis of concurrent and distributed systems using mathematical tools such as stochastic processes (in particular Markov chains) and differential equations, as well as higher-level formalisms such as process algebra and queueing networks. A major general theme of my research is to develop effective techniques for the analysis of large-scale models where massive amounts of entities are involved.

Lately I have focused on two main streams of research:

See my Google Scholar profile or my DBLP page for a full list of publications.